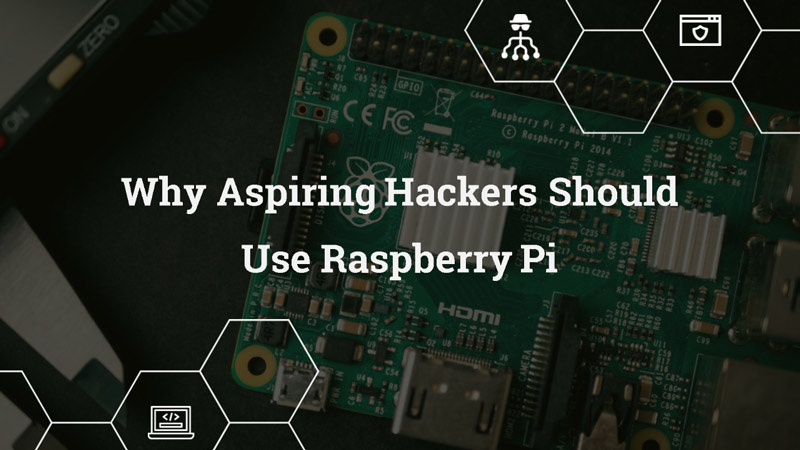 Raspberry Pi is a very capable and versatile device that allows aspiring hackers to learn the tricks of the trade.

What is Raspberry Pi

Raspberry Pi is a tiny and extremely affordable computer that you can use to learn programming and sharpen your hacking skills. This tiny computer contains all the basics of any computer including a processor, memory and graphics processors, all on a credit-card sized board. In 2018 the latest version of Raspberry Pi was released, the Raspberry Pi 3 Model B+ which has a better CPU than previous models and Wi_fi- Bluetooth and Ethernet built in.

Why Is Raspberry Pi Useful For Hackers?

If you’re an aspiring hacker, you should be learning as much as you can about how computers work and how you can exploit their built-in vulnerabilities. This learning can come in many forms. You may read books, watch YouTube videos, enroll in dedicated hacking courses – all in an effort to understand how hacking works. But there’s another key aspect of learning that can’t be underestimated, and that is practicing.

You can’t truly know you have learned something if you can’t demonstrate its use in the real world. Now obviously, this can be tricky, we don’t recommend that you test your hacking skills on your neighbor’s WiFi or your bank’s computer systems – that would be disastrous. However, you can test your skills on your own custom-built environments, such as those created with the Raspberry Pi.

Benefits of Raspberry Pi for Hackers:

What Hacking Can You Do With Raspberry Pi

The Kali Linux OS is a great for network penetration testing and is easy to install on Raspberry Pi. You can use Raspberry Pi to:

The Kali Linux operating system is a popular choice for WiFi Hacking the Raspberry Pi, but it isn’t the only option, many aspiring hackers choose to use Raspbian instead. Kali Linux is a Linux distribution that’s great for penetration testers and white hat hackers.

You can use RasPwn OS, a Raspberry Pi image that emulates a vulnerable Linux server to test out your network hacking skills. The OS comes preconfigured with intentionally vulnerable apps and out of date web applications like old versions of WordPress so you can sharpen your penetrating testing skills in a safe environment.

Aspiring hackers can use PoisonTap on Raspberry Pi Zero to hack into locked computers. When PoisonTap is plugged into a password protected computer it can:

While Raspberry Pi is a powerful little device, it’s not without its limitations, for example, Raspberry Pi is not well suited to brute force hacking since it requires more memory and power.

Related Topics:Raspberry Pi
Up Next