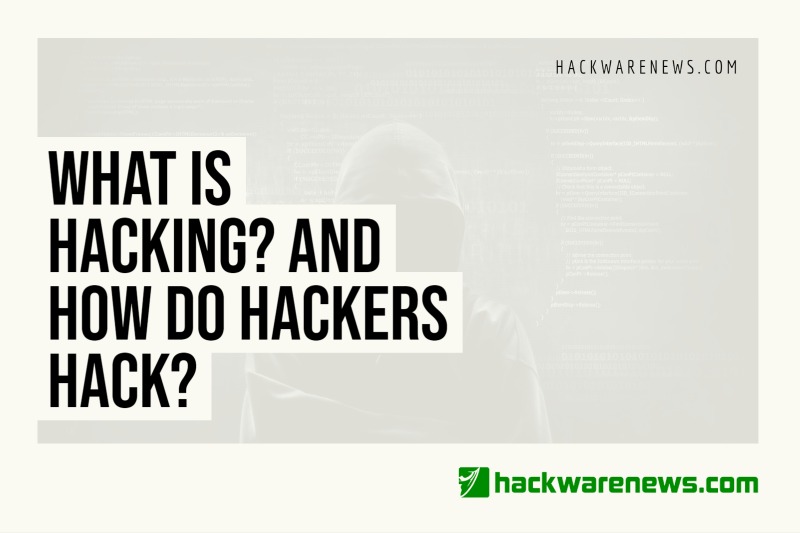 Despite what Tony Stark says, the word hackers really stuck. Because it’s easy to say, it has a derisive impression to those who do the deed for selfish ends, while remaining technically trendy. Say hacker ten times compared to malicious cyber actor.  Anyway, exactly what is hacking? How do hackers hack our social media, our bank accounts, our very lives?

Hacking, as popularized by pop culture often involves the malicious side of things where the actors hack accounts of individuals or companies for financial gain (the most common), hack government or corporations to gain information, as a form of activism, play harmless yet inconvenient pranks or quite simply as a challenge. These types of hackers are often called black hats.

On the other side of the fence, some hackers who may prefer to be called ethical hackers, or cybersecurity professionals hack into systems in order to find vulnerabilities and report them. They strive to improve the security of the system they’re assigned to. These professionals are called white hats. They’re often hired outright, while there are some who do so without permission and report them as a sense of duty or for a small sum. The latter are called gray hats.

How Do Hackers Hack?

With tools and talent of course. Hackers on both sides are seen as talented and highly motivated individuals, often self-taught though there are now many courses related to cyber-security. Though nowadays, there are now several organized cybercriminal groups in operation. There are also teams of state-sponsored hacker teams waging an unseen digital war against each other.

Hacking used to be the domain of mostly teenage hobbyists during the pre-internet era who are starstruck or fascinated with the emerging world of computing. Wanting to know how every aspect of computing works. They learned how to code and poured over the thick manuals and books made available by the manufacturers.

Fast forward to today, hackers now have volumes of information available to them, from YouTube videos, downloadable manuals from the internet, and resources from the dark web. Among these resources are pre-made tools, frameworks, entire operating systems that can be used for hacking, right up to Software as a service (SaaS) platforms dedicated to spreading malware.

Short for malicious software, these malware are part of hackers’ arsenal often designed to infiltrate secure networks or computers of individuals in order to gather information or allow the hackers to gain control of an infected device. Using malware, hackers can actively take control of a device/system, or passively cripple the device/system and await payment for the restoration. Malware includes ransomware, viruses, trojans, worms, and rootkits.

Because systems today are often well-secured, malware needs to be delivered stealthily, taking advantage of human natures, since humans, the users themselves are the weakest links to secure networks. This is termed as social engineering. Hackers use techniques such as distraction or misdirection to directly infiltrate facilities; confusion through phishing via fake emails and texts in order to mislead users to fake transaction sites; curiosity by planting seemingly lost USB drives or SD cards loaded with malware.

Lastly, there are hackers that actively attack systems by exploiting vulnerabilities of hardware and software. Using sophisticated hacking tools, they try to break into systems by checking for those vulnerabilities and when found, use them to gain access. This is true for both black hats and white hats who are in a constant arms race as technologies continue to improve, and new ones are invented.

Hacking, by nature is a task of discovering the inner workings of both hardware and software in order to seek out vulnerabilities or to further improve a product’s quality or security. Hacking by itself is also a tool which in the wrong hands can be very dangerous while beneficial to those in the right. Hacking is also an incredible modern talent that requires a large amount dedication, motivation, and curiosity. A talent that budding hackers must realize would best used to secure the helpless casual users.