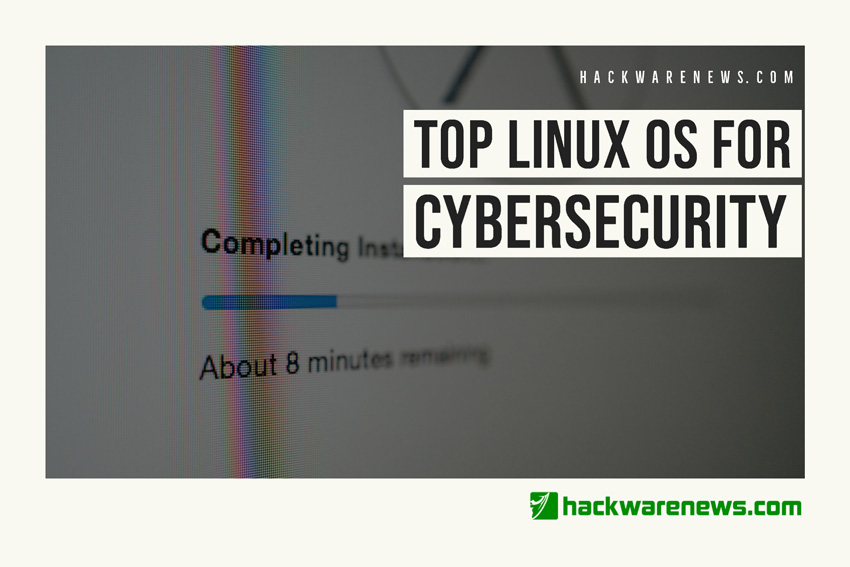 Kali Linux – always appears at the top of searches when looking for Top Linux OS for Cybersecurity. Why? Because this OS comes with over 500 pre-installed apps and tools used in cybersecurity for purposes such as hacking and penetration testing. These tools are always updated, and this distro can run on different platforms.

Tails – stands for The Amnesiac Incognito Live System and is the official distro of the Tor project. It’s a very compact distro that can be run on USB or DVD on most computers. It lives completely in RAM and leaves no trace of activity after use. Like the others, connections are routed to Tor. Despite being compact, it still includes productivity tools such as LibreOffice, Thunderbird and GIMP.

Linux Kodachi – is a very versatile and secure desktop loaded to the gills with security and privacy tools. This distro is recommended for casual Linux users who are particular with privacy and security. It’s great with security because it routes connections through VPN and Tor.

Qubes OS – is another secure distro for use by the security conscious. Qubes OS capitalizes on security through isolation. This Fedora-based distro runs the essential elements of the OS along with apps in separate virtual machines called qubes. Surfing insecure or untrusted sites using a browser for instance won’t affect the rest of the system. This approach makes the distro daunting from the start, but users will get used to it quickly.

Subgraph OS – when talking about the Top Linux OS for Cybersecurity, paranoia is key which is what Subgraph OS is. This Debian-based distro is lightweight but totally secure. It routes traffic through the Tor network while at the same time is designed to be impenetrable from the outside thanks to its application firewall and hardened kernel.

There are other secure and versatile distros out there for both casual users and cybersecurity specialists, including TENS, Whonix, Parrot OS. Since many Linux distros are fast and compact, it would be worth it to try them out to see their levels of security as well as usability.

Related Topics:Kali linux
Up Next