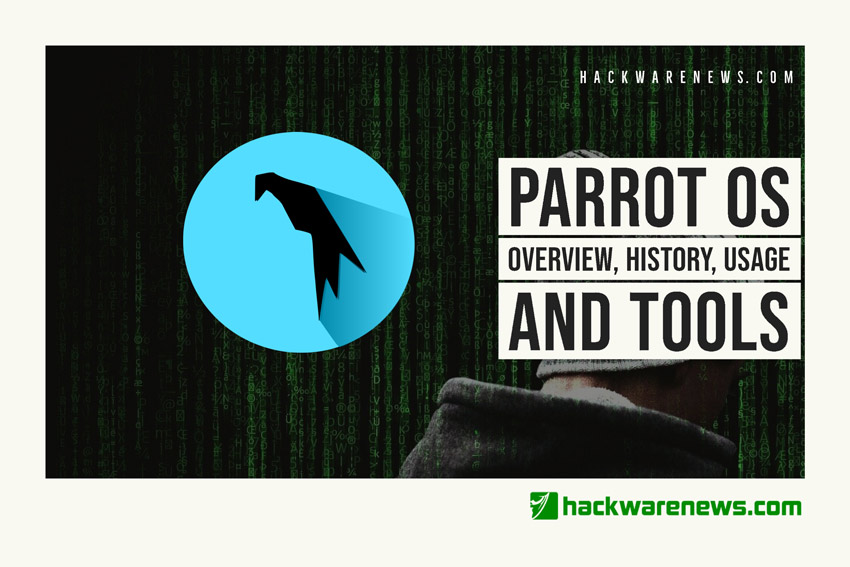 What is Parrot OS?

While Kali Linux is the Coke in the field of cybersecurity and penetration testing, one could say that Parrot Security OS or Parrot OS is the Pepsi. Though it could be the other way around, depending on who you talk to.

Parrot OS is filled to the brim with security tools, even more so than Kali. It’s based on Debian and currently uses the Linux 5.10 LTS kernel. It’s also a lightweight Linux distro able to run on systems with as little as 256MB of RAM when using the MATE or XFCE desktop environments. It can run on 64-bit Intel, AMD and ARM platforms.

Parrot has OS two editions. The Home Edition which can be considered as a good Linux distro and can be used as a daily driver, perfect for anonymous web browsing thanks to its AnonSurf tool. Parrot ships with the MATE, KDE or XFCE desktop environments and includes the productivity tools most distros ship with.

The Security Edition comes with all the security tools mentioned for pentesting operations. Though the home edition can be customized to install only the tools that are needed for a lightweight pentesting platform.

Parrot Security OS is developed by security expert Lorenzo “Palinuro” Faletra along with a team of other security experts, open-source developers, digital rights advocates, and other Linux enthusiasts. The first public release was on April 2013. Version 1.0 codenamed Hydrogen was released in July 2014.

As mentioned, Parrot is based on Debian though the Parrot team considered shifting to Devuan in 2017 due to problems with systemd, but was eventually resolved. In January 2019, the team has phased out 32-bit support to concentrate their efforts on x64 and ARM. And to ensure the system becomes further lightweight, the XFCE Desktop environment (Home Edition only) became officially supported in August 2020.

As mentioned, Parrot OS Security Edition is packed with hundreds of tools and features to entice more pentesters, security pros and wannabe hackers. These tools include:

Parrot OS like Kali is built for privacy and security. For home users looking for privacy and an alternative to Windows, the Home edition is recommended. MATE is quite easy to use and being based on Debian allows it to use plenty of productivity software available on distros such as Ubuntu.

For folks with older computers, Parrot OS is lightweight as long as XFCE or MATE desktops are used. The Home edition can also be customized by professionals or aspiring security pros by downloading only the packages they need. While experts can alternate between Parrot and Kali thanks to the extensive number of security tools built into Parrot OS.

Parrot’s advantage over Kali is its lightweight nature. Beginners without professional gear can take advantage of it and since it can be run on a USB, it can be quite handy for hackers and pentesters when doing on-site penetration.

One can argue that Parrot could have a greater user base thanks to its lightweight requirements compared to Kali and that it’s a promising platform for beginners.