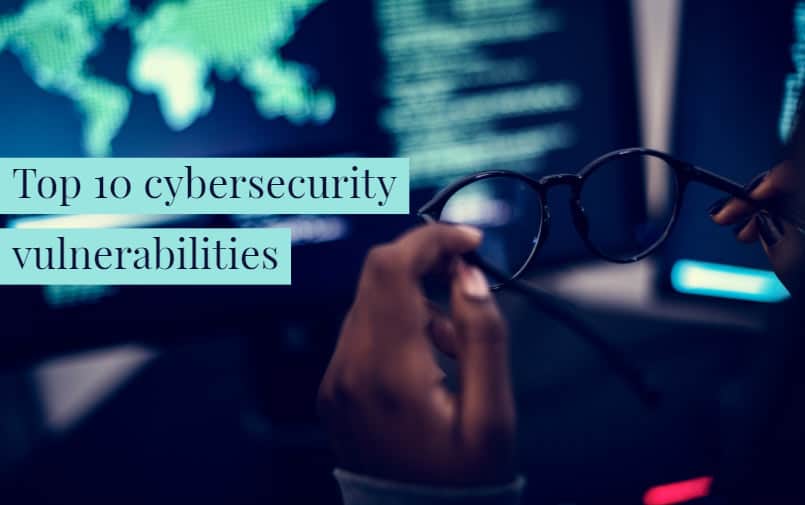 With this position in the market, they have particularly unique insights into trends in cybersecurity.

In 2019, what are the vulnerabilities that a business person needs to think about when running a company?

Plus, at the end we will give you a list of the best companies for bounty programmes 😉 .

This one should be obvious because it is also the most common form of hacking. Cross-site scripting can be especially problematic for a company because it affects the users. Typically a hacker will inject a script on the user side that injects itself into the visitor’s session.

For example, if you have a company that creates profiles, a hacker can run a script on their own page and whenever someone visits their profile it steals their personal information.

The most famous example of an improper authentication hack happened to Uber in 2017. What happened was a hacker discovered a bug that allowed anyone with an email account (and the skills) to reset other people’s passwords.

Then, the token was made public which allowed the hacker to reset other people’s password (which the person would clearly know and could gain access to the account). This is extremely problematic for companies that store financial information.

Information disclosure the most famous case of hacking because it makes the news whenever a major case occurs. The most notable example was when Equifax was hacked in 2017. 143 million users has their social security and drivers license numbers stolen (a few had their credit card information swiped).

In the US, if a criminal has a social security number, they can open fraudulent credit cards and charge a lot of money to victims.

Hackers can take advantage of design flaws to gain access to parts of software that might be restricted. For a subscription business this means opportunity costs, but for a major corporation it can cause real havoc.

Imagine having a hacker gain access to the HR admin page of the corporate backend? Android phones are particularly vulnerable to privilege escalation and Google spends a lot of energy combating it.

SQL Injection can be potentially devastating to a corporate database. Most people use SQL as a tool to make gathering data more efficient. A SQL injection is when a malicious script is attached to a victim when they input innocuous information like a user ID or password.

Imagine what makes SQL awesome (the ability to gather information extremely quickly), and then imagine a hacker uses it to run a script on a company’s backend database. It would be devastating and they would likely need to force all of their customers to manually reset their username/password.

This is similar to a SQL injection but less specific in terms of the type of code infesting a product. Usually it is meant to gain information but sometimes it can be used to upload external Authentication, Authorization, AccountingImagine a protester hacking the White House website with anti-American messaging. This could be done via a PHP code injection. Or they could upload a file that contains a virus and wreak havoc on the page.

A server-side request forgery is a more direct attack on the actual server. The hack allows people to send direct requests from the backend, which hold more weight even if they are coming from the server. For example, a successful server-side request can allow a third party to hijack a URL or take advantage of legacy tech that may be caught unaware.

Oftentimes it results in a software does not restrict or incorrectly restricts access to a resource from an unauthorized actor.

While less common, cross-site request forgeries are (if we lean into our nerd) kind of cool. They allow of a hacker to take total control of of a user base and execute unwanted actions. Typically in thee cases the hacker doesn’t have access to data, but it has control over functionality.

OK! Now let’s take a look at the best companies for bounty programmes according to HackerOne.

3 Reasons To Kickstart A Career As An Ethical Hacker

What to do when you have been hacked?