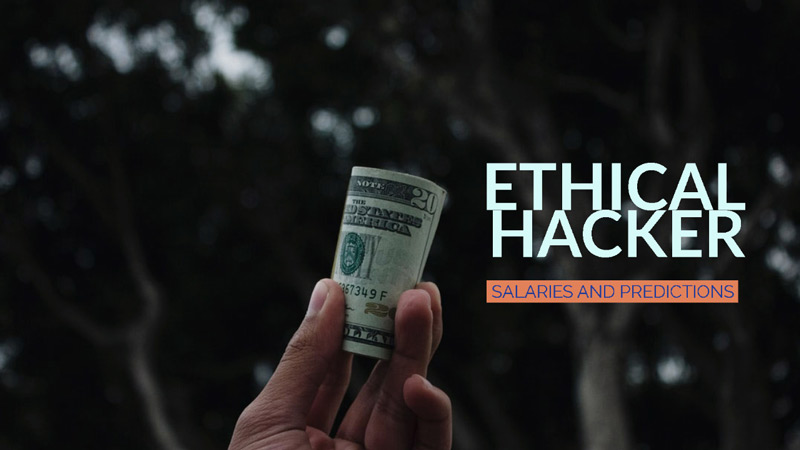 Ethical hacking has become a popular career choice in recent year, both among those already in a professional IT setting, and those looking for a career change. There is an upward trend currently, with more and more people choosing to enter the ethical hacking field, and more and more businesses realizing the need for ethical hackers in their roster.

2018 saw some major data breaches and hacks that have cost companies millions of dollars. Hackers are becoming more sophisticated at exploiting business systems and gaining unlawful entry for their financial gain. This has led to a game of cat and mouse between hackers and businesses with both trying to outsmart the other.

This is where ethical hackers, otherwise known as penetration testers, come in. A global survey by Willis Towers Watson (WLTW) reveals that large firms typically spend around 1.7% of revenues on cyber resilience, but that 96% of board members don’t think it is enough.

In the past, it was typically government agencies that employed ethical hackers, and most other companies, even substantial ones didn’t see the need for one. That was certainly not the case in 2018, and onwards to 2019. Now almost every industry is looking to employ ethical hackers as black hat hackers become more aggressive with their practices.

It is also important to note that these salaries represent Certified Ethical Hackers, those with the Certified Ethical Hacker (CEH) qualification. The certification is obtained by demonstrating knowledge of assessing the security of computer systems by looking for weaknesses and vulnerabilities in target systems, using the same knowledge and tools as a malicious hacker, but in a lawful and legitimate manner.

The average salary for penetration testers in the US is $109,961, according to Indeed.

“Ethical hacking, on the other hand, is an all-embracing term that includes all hacking methods, and other related cyber attack methods.”

New York: According to INFOSEC Institute, New York has the highest average salary for certified ethical hackers at $117,900.

California (Data from Indeed): While the average salary for a penetration tester in California $109,449, which is slightly below the average for the US, certain areas offer a very high salary.

Maryland (Data from Indeed): The average penetration tester salary in Maryland is $123,355

North Carolina(Data from Indeed): The average penetration tester salary in Maryland is $118,823

Washington (Data from Indeed): The average penetration tester salary in Seattle Washington is $102,512

Washington DC (Data from Indeed): The average penetration tester salary in DC is $109,380

Salaries look to increase in 2019 as more companies expand their ethical hacker workforce. There is high demand for ethical hackers but too few ethical hackers on the market. This is why ethical hacking is a good career to start since prospects for the future look good and new qualifications continue to be available.