A Guide to Becoming a Certified Ethical Hacker (CEH) 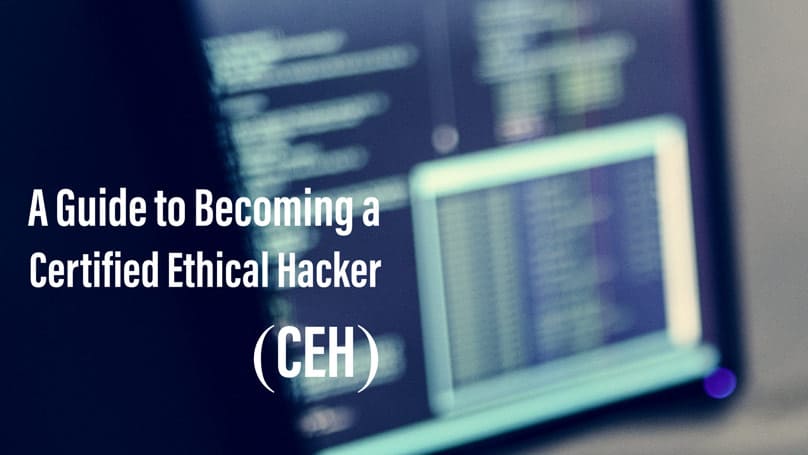 The International Council of E-Commerce Consultants (EC–Council) is a global leader in providing InfoSec cyber security certifications like the Certified Ethical Hacker certification (CEH). A Certified Ethical Hacker knows how to look for vulnerabilities and weaknesses in the target system in much the same way a black hat hacker would, only on the right side of the law.

Deciding which certifications to do can often be a challenge when you decide to upskill. There are so many certifications out there that it can often be difficult to determine which is the right one. Often some certifications can seem too similar and other deciding factors come into play, like the price. However, if you are confident you want to become an ethical hacker the CEH is essential. The CEH certification is internationally recognized and is often a requirement for ethical hacking jobs.

Why is the CEH certification the most popular in the field?

The exam is composed of 125 multiple choice questions, of which candidates have 4 hours total to complete them. There isn’t a static passing score for the exam, but it is generally around 70%, but can range from 60% to 85%.

Candidates will find out their test score almost immediately after the exam, often a few minutes after completing. The results may show your performance via a bar chart for each section of questions, but it does not show your scores for individual questions. This is so they can test for overall competency of the subjects rather than the ability to memorize answers. The test costs around $500.

Tips for passing the exam

The salary for CEH certified person

Related Topics:CEHCertified Ethical Hacker
Up Next