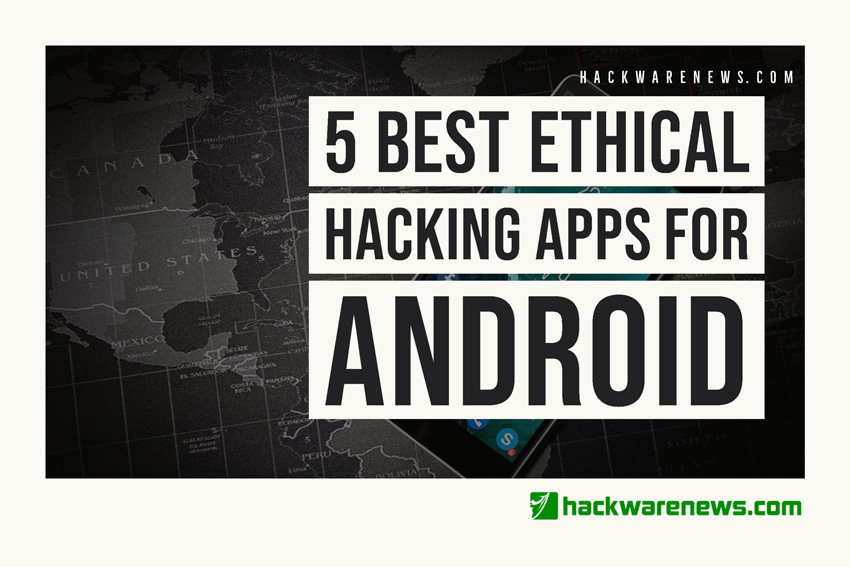 Among the any tools of penetration testers are mobile phones and tablets, specifically Android devices. Thanks to apps that can be used for ethical hacking. While there are also such apps available for iPhones, the open-source nature of the Android platform offers more freedom and flexibility, especially when the devices are rooted, which can be easily done unlike with Apple.

While there are thousands of great ethical hacking apps available on the platform, we will be discussing the 5 Best Ethical Hacking Apps for Android. These apps can be used by both beginners to the advanced users in the field of ethical hacking. They are:

WiFi Kill – It has some practical uses too and can be found on the Google PlayStore for free or downloaded from here in case the device does not have the PlayStore installed. It can cut off any device connected to the Wi-Fi network by blocking packet data from going into a chosen device. The app can give the user a list of devices connected to the network and the user can easily choose who to block thanks to an easy-to-use interface. This would also make a great timeout tool for parents.

Hack Code – is a set of tools for penetration testing available for free on the Google PlayStore or here in case the device has no PlayStore. Hack Code is recommended for IT Administrators and Cybersecurity Professionals with tools such as WhoIs, SQL Injection, Traceroute, Ping, Google Dorks, Google Hacking, DND Lookup, Scanning, Reconnaisance, and plenty more. Plus, Hackcode is perfect for beginning ethical hackers. Upon running, the user does not have to enter any private information.

Shark For Root – is a good lightweight tool that advanced cybersecurity personnel or hackers to sniff traffic of Wi-Fi networks. It’s quite easy to use and has an attractive interface. Users can analyze network traffic as well as intercept data packets and create dumps of them onto their device and can read the dump using the partner Shark Reader app. However, for this to work, the device must be rooted.

FaceNiff – is another popular packet interceptor where users can spy on other users’ activity. FaceNiff has the ability to snoop into social media activity such as Twitter, Facebook, and is used to steal cookies from the network enabling the user to hack into his/her target’s account. It’s not completely free though. The free version allows users to monitor three profiles, while the Pro version of course will have unlimited profiles. Features can be added through in-app purchases. Ethical hackers of course will want to test this application by getting permission from their targets merely for testing purposes and warn staff of the dangers of uncontrolled social media use in the workplace.

zANTI – Widely used for penetration tests, zANTI is a suite of mobile hacking apps. When run, zANTI provides the user with a map of the entire network and provides a list of websites visited by each user. zANTI allows users to scan networks on various intensity levels, check for flaws using Metasploit and MITM. It can be downloaded here and sideloaded on a rooted device.

Other notable apps include Hack Hackers, Pro Hacker Tutorials, and Ethical Hacking which are basically tutorials on doing ethical hacking.